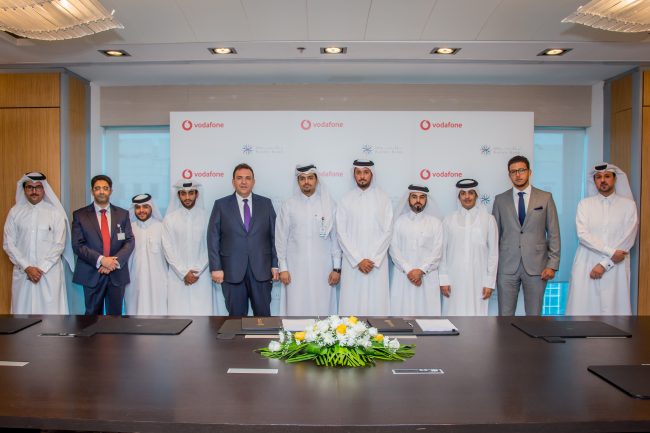 Vodafone Qatar signed a deal with Barwa Bank for a QAR911 million ($250 million) credit facility available over six years, which will be used for the deployment of 5G and fixed services.

Qatar’s government states the aim of the 2030 vision is “to propel Qatar forward by balancing the accomplishments that achieve economic growth with human and natural resources”.

The operator’s statement added “the credit facility’s flexible financing feature is considered the first of its kind in Qatar” and the two parties will also partner on innovative solutions and products.

The Middle Eat is a hotbed of 5G activity with Ooredoo (Qatar) Etisalat (UAE) and STC (Saudi Arabia) just last week staking a claim to have become the first operators in the world to launch a commercial 5G network.

Notably, although the networks have been positioned as “live” and “commercial”, they are still unusable by consumers because 5G-compatible devices are yet to launch.

Group departure
In February, parent Vodafone Group said it would sell its stake in Vodafone Qatar to its joint venture partner Qatar Foundation, for €301 million ($356 million).

Sources told Reuters at the time that Qatar facing an embargo from Arab countries and the unit not being a strong contributor to Vodafone’s portfolio were reasons for the deal.

Vodafone and the Qatar Foundation, which works to bring education and career opportunities to the country, held 45 per cent of Vodafone Qatar through a joint venture, of which Vodafone Group held a 51 per cent stake.

Qatar’s government and other investors hold the remaining 55 per cent stake in Vodafone Qatar.

It was decided that, under a partner market agreement, Vodafone Qatar will continue to use the Vodafone brand and benefit from the expertise and assets of Vodafone Group.