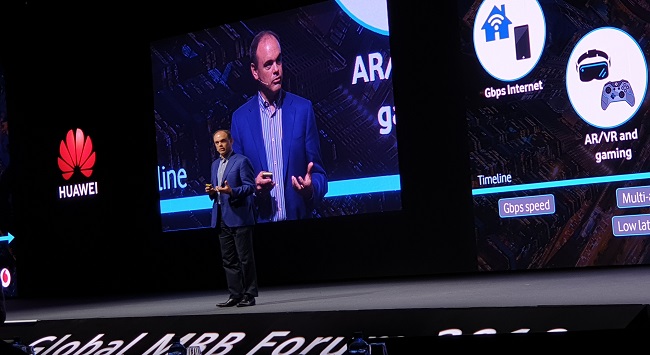 On the keynote stage Beal, Vodafone Group director of technology strategy and architecture (pictured), said consumers in early launch markets had welcomed the tariffs, while enterprises were also taking a keen interest in the new network technology.

The operator commercially launched 5G in cities across several of its largest operations earlier this year including its home UK market, Germany, Italy and Spain.

However, the executive cautioned in parts of the operator’s extensive footprint, the process of allocating 5G spectrum was lagging, jeopardising the many use cases mooted for the technology.

“We all know spectrum for a mobile offer is the starting point and ending point of its success over time. Whether it is the multi GB internet application or the KBs for LPWA applications, each of them require the allocation of the appropriate spectrum,” he said.

Beal added some markets are “more challenged than others in bringing this future forward, because we simply do not yet have the right spectrum for that application”.

“As we imagine that bright future ahead where we connect everything and where the environment around us is connected, we have to ask will we have access to the right spectrum at the right time?”

He warned the company did not want to end up in a situation where some markets are constrained, as is the case in some countries currently.