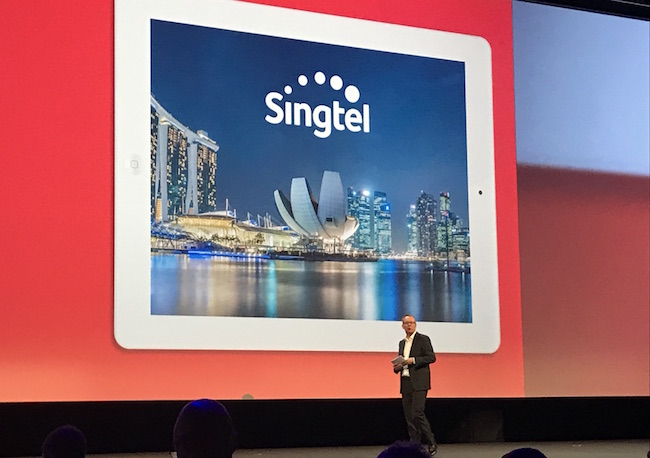 LIVE FROM HUAWEI’S GLOBAL MOBILE BROADBAND FORUM 2017, LONDON: Viacom expressed confidence on mobile becoming a mainstream pay-TV platform, rivalling fibre in quality, but warned the growing popularity of streaming is both a threat and an opportunity.

David Lynn, president and CEO of Viacom International Media Networks (pictured), said in a keynote: “I’m certain mobile will become a mainstream platform for paid-TV, but perhaps mobile streaming will not fully come of age until 5G networks are widely established. Mobile may then match fibre or DTH for choice, reliability and quality, allowing it to differentiate itself by offering new content experiences, including AR and VR.”

He said the growing popularly of live streaming is one factor reducing young viewers’ time spent watching live TV. Viacom is experiencing this trend across the world, not just in advanced markets.

“The trend to streaming can only accelerate. In the US less than 40 per cent of households subscribe to some form of paid-TV, with subscribers expected to grow only modestly, while subscriptions to OTT services will outpace them,” Lynn said.

Growing threat
Lynn said the growing popularly of streaming is both a threat and an opportunity for video companies and telecom operators, which he added explains the trend for consolidation between the two sectors. Because telecom companies are finding it challenging to produce their own content, they are acquiring assets and expertise.

What still needs to be proven is whether advertising can sustain the boom in bespoke video content being served via social media platforms to smartphone users, he explained.

Viacom is monetising this type of engagement, but Lynn noted most investors in the space are struggling to make a return as the most powerful platforms take up the vast majority of the advertising spend.

“Consumer demand for mobile streaming will grow, but our ability to meet the demand will depend on proving monetisation of mobile engagement.”

In mature markets such as the UK and the US the market for skinny mobile TV bundles is in its infancy and the optimum price point is still being tested, he noted. In emerging markets, such as Indonesia, there’s an opportunity to leapfrog the limited pay-TV infrastructure and grow a mobile TV subscriber base, although ARPU could be lower and mobile models less flexible.

Viacom’s international OTT revenue grew an average of 20 per cent annually in the last four years, with more than 10 per cent of total distribution coming from mobile. It signed more than 75 content deals offering OTT services outside the US, which includes a number with mobile operators including Singtel in Singapore and Telkomsel in Indonesia.