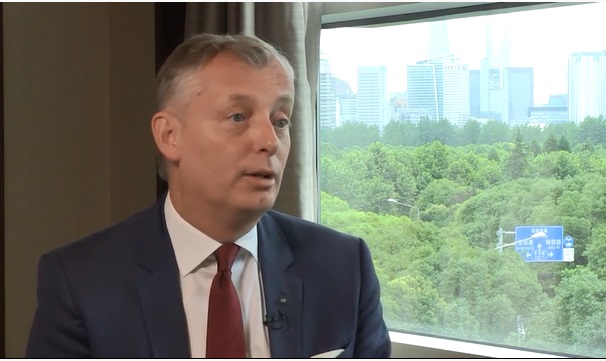 Security will certainly be top of mind as the industry moves to pre-commercial 5G launches and will be a big topic next year at Mobile World Congress, Ulf Ewaldsson (pictured), Ericsson’s head of strategy and technology said during a keynote session at the event.

“A high level of security will obviously be a precondition for mission-critical applications like remote surgery. We have to be able to provide the secure infrastructure that will allow that, otherwise those applications won’t happen.”

There are more start-ups addressing security than ever as well as proven technologies like blockchain, he said, so Ericsson is optimistic. “Operators are driving the [security] conversation and its part of almost all our conversations in one way or another. It’s a huge factor if we’re going to be relevant to other industries.”

Hossein Moiin, Nokia CTO of mobile networks said one advantage 5G will have over previous network technologies is that to meet real-time requirements it will need to be distributed, which allows high security firewalls to be added on the edge of the network so it can secure the network much better.

“Yes, security is a key concern, which we’ve seen in autonomous driving, it’s one we’re cognizant of and we’re very optimistic,” he said. “We’ll be able to tackle it.”

Moiin said Nokia is very much a supporter of accelerating the standards to avoid fragmentation with the work it’s doing with Verizon to launch 5G as soon as possible. “We want to make sure that our investment we’re making with Verizon is integrated into the standards. It’s simple economics [which] drives that convergence.”

He said it’s important to get involved early and to run things on a commercial platform in order to learn.

“Others have talked about the importance of integrating other elements of the ecosystem. With LTE we failed to do that and we paid the price. We created an ecosystem that is worth three times more than with 3G, but we weren’t able to capture value.”

Ewaldsson pointed out the pre-standard work, and the taskforce Verizon started, ignited a lot of enthusiasm around 5G and Ericsson supports the initiatives 100 per cent.