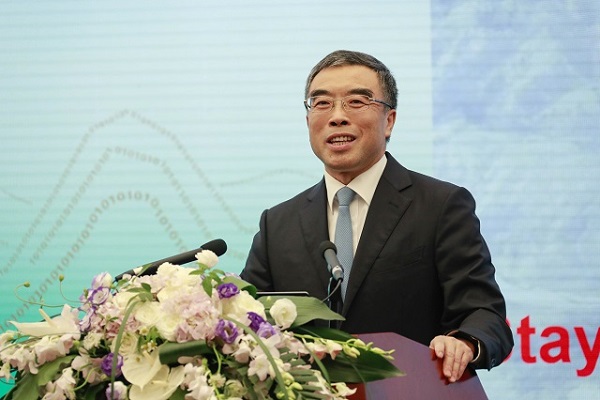 Huawei confirmed an expected revenue jump in the first half of 2019 as growth continued even after US trade restrictions, though chairman Liang Hua (pictured) warned future increases could be slowed by ongoing issues.

Although not as high an increase as forecast by media last week, Huawei booked a 23 per cent year-on-year increase in H1 revenue to CNY401.3 billion ($58.3 billion).

Huawei’s largest revenue generator is its consumer business, which accounts for more than half of turnover. During H1 it shipped 118 million smartphones, including sub-brand Honor, a rise of 24 per cent on the same period of 2018.

Without offering a detailed breakdown, Huawei added it had also witnessed rapid growth in sales of tablets, PCs and wearables.

The vendor reported “steady growth” in its carrier business with 50 commercial 5G contracts in place by the end of June and 150,000 base stations shipped to deliver the new technology. Its carrier division now makes up just over a third of revenue.

“Given the foundation we laid in the first half of the year, we continue to see growth even after we were added to the entity list,” Liang said. “That’s not to say we don’t have difficulties ahead. We do, and they may affect the pace of our growth in the short term.”

Alluding to the current challenges facing the company, including its long-running issues in the US, he added he was confident the vendor would enter a “new stage of growth after the worst of this is behind us”.

The executive noted the company was continuing to invest as planned and would pump CNY120 billion into R&D over the course of 2019.

In June Huawei CEO Ren Zhengfei said various US restrictions would cut $30 billion off its revenue in over the next two years. However since then the country’s stance on the company seems to have eased slightly.