US clamps down on ZTE - Mobile World Live

US clamps down on ZTE - Mobile World Live

US clamps down on ZTE 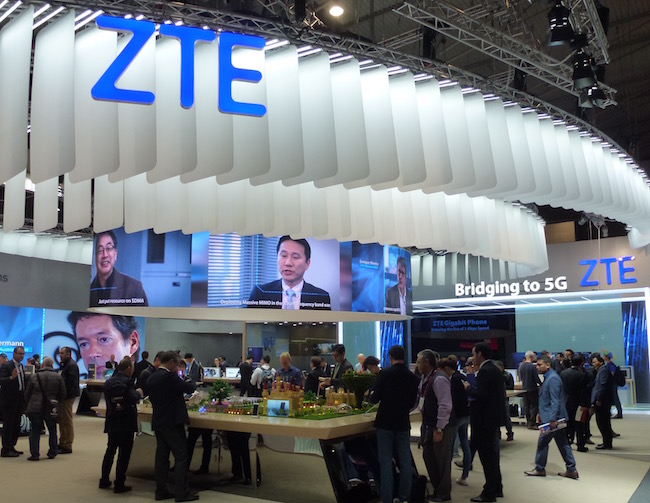 US companies were barred from selling components to Chinese vendor ZTE after the US Department of Commerce determined the company made false statements during settlement talks and a probationary period in 2017.

The ban will prevent ZTE from getting its hands on key hardware components from US companies such as Qualcomm and Intel for its smartphones and network equipment.

Qualcomm provided processors for a number of ZTE handsets in the past, including its Axon series and a Gigabit Phone announced at Mobile World Congress in 2017. ZTE also planned to use Intel technology in a 5G base station it announced in 2017.

Reuters noted US companies supply an estimated 25 per cent to 30 per cent of components in ZTE products.

In March 2017, the company pleaded guilty to charges it illegally shipped US goods to Iran in violation of trade sanctions. ZTE was fined $892 million, and agreed to pay an additional $300 million penalty if it violated the terms of a settlement agreement.

As part of the deal, the US put on hold a seven-year ban on the company’s export privileges, but reserved the right to activate it in response to violations incurred during a three-year probation term.

In a statement, commerce secretary Wilbur Ross claimed ZTE voided the settlement agreement by making false statements during both the negotiation process and following trial period about what employee disciplinary measures it implemented.

“ZTE misled the Department of Commerce. Instead of reprimanding ZTE staff and senior management, ZTE rewarded them. This egregious behaviour cannot be ignored,” he said.

Other troubles
The vendor faced an uphill battle in the US of late, fighting spying accusations from US officials and a potential ban on operators using government money to buy its infrastructure equipment.

Those woes appear to be spreading, as the UK government named ZTE a national security risk in a letter to operators.