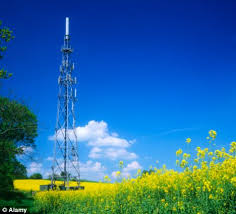 The UK government has struck an agreement with the mobile industry whereby the country’s four operators will together invest £5 billion on improving network coverage — but has dropped its previous idea of imposing national roaming on the industry.

EE, O2, Vodafone and 3 UK each guaranteed to provide voice and text across 90 per cent of the UK geographically by 2017.

The aim is to halve the areas currently classified as partial ‘not spots’, meaning an area where there is coverage from some but not all of the four operators. Depending on network, users may have no coverage in these areas.

In addition, the four operators will increase full geographic coverage (including data as well as voice and text) from 69 per cent to 85 per cent by 2017.

The operators will also deliver reliable signal strength for voice calls on 2G, 3G and 4G.

Total ‘not spots’ — where there is no coverage — will fall by two-thirds because of the deal, said the government.

To make the deal legally enforceable, operators will accept amendments to their licences.

The government said it made no payments to operators to fund improved coverage.

However it does pledge to “bring this agreement to the attention of Ofcom in the context of their work to revise annual licence fees” paid by operators.

And the government has agreed to reform the “outdated and ineffective” Electronic Communications Code, which covers the right of UK operators to access land to deploy infrastructure.

It will also allow operators to use government-owned buildings as sites for mobile infrastructure, which should ease rollout in some locations.

Any suggestion of legislation to enforce roaming on operators is now off the table. “This voluntary binding agreement secures a better deal for consumers and businesses,” acknowledged the government.

The legislative roaming proposal was floated in early November but was strongly opposed by the industry, including the GSMA.

Mandated national roaming was criticised for being technically complex, expensive and  obstructive for law enforcement.  According to The Guardian, home secretary Theresa May argued the measure might make it difficult to track criminals and terrorists.