Turkcell $4.2B lawsuit against MTN revived 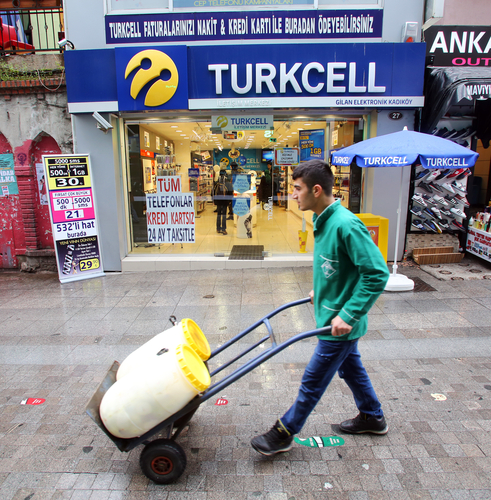 A lawsuit filed by Turkcell seeking $4.2 billion in damages from South African operator MTN in 2013 for committing “unlawful acts” during the tender process for a licence in Iran will finally be examined by a high court in Johannesburg.

Turkcell sued MTN for the amount, which covers the profits plus interest it believes it would have made if Iran’s first private mobile phone licence had not been taken away from it.

“South African [sic] high court rejected [the] defendant’s procedural objections. Thereby, after a long period of time, merits of the case will now be examined,” Turkcell said in a statement.

In 2013, the operator said it was awarded Iran’s first private mobile phone licence in 2004, but was “unlawfully” prevented from receiving it, due to “MTN’s illegal acts, including bribery and corruption”.

The litigation was delayed until a South African high court judge allowed the case to go to trial.

“We believe we have a very strong claim… Turkcell will be seeking the earliest possible trial date, and looks forward to vindicating its claims before the South African courts,” Financial Times (FT) quoted Serhat Demir, Turkcell’s EVP for legal and regulatory affairs, as saying.

Meanwhile MTN “continues to believe that there is no legal merit to Turkcell’s claim and will accordingly oppose it,” FT quoted an MTN company representative as saying. This is the same statement it made in 2013.

Sanctions eased
MTN posted its first ever annual loss in March although its business in Iran is doing well and is its second-biggest subscriber base.

In October 2016, the company revealed it was accelerating the appointment of new CEO Rob Shuter, moving his start date up to 13 March 2017 from the original 1 July target. MTN was seeking to exit a turbulent period following a parliamentary investigation in Nigeria into whether it unlawfully repatriated $14 billion in funds between 2006 and 2016.

The company also said repatriation of funds from MTN Irancell to MTN Group had commenced. The group, which holds a 49 per cent stake in the Iranian operator, previously said easing of Iranian sanctions would enable it to receive about $1 billion in accumulated dividends and a loan repayment from its Iranian unit.