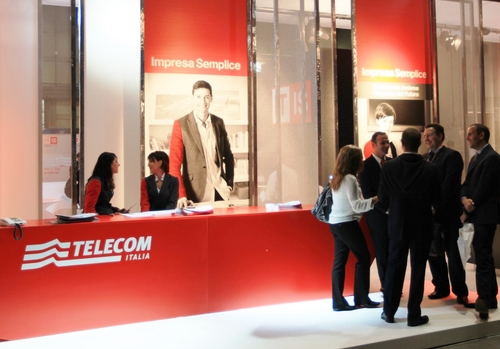 Telecom Italia remained largely unaffected by a long-running feud between major shareholders, returning a broadly stable set of financials in the second quarter and first half of the year.

The operator recorded double-digit growth in profit across both periods despite slight declines in revenue year-on-year. It also saw progress in debt reduction efforts, with the comparable figure standing at €24.7 billion by end-June versus €25.3 billion at the same point of 2018.

Much of the stability appeared to come from its TIM Brasil unit: EBITDA jumped from BRL2.9 billion (€684 million) at end-June 2018 to BRL5.7 billion on a comparable basis, with revenue up from BRL8.2 billion to BRL8.4 billion. In a statement, Telecom Italia noted the rise came despite “the adverse macroeconomic and market dynamics”, adding the businesses’ performance was “once again in line with guidance”.

This offset declines in Telecom Italia’s domestic business, with EBITDA of €2.7 billion down 9.5 per cent and revenue dropping 4.8 per cent to €7.1 billion over the six month period. The company highlighted a slight sequential rise in mobile ARPU in the second quarter to €12.50, though this was less than the €13.60 reported at end-June 2018.

Telecom Italia said the mobile market showed signs of a return to normality in the second quarter, with the number of active lines steady at 31.7 million at end-June and churn down 1.7 per cent year-on-year. However, the figure masked a decline in what the operator refers to as “human” users, from 23.1 million at end-June 2018 to 21.9 million.