Half of Mozilla's board quits over CEO appointment - report

Half of Mozilla's board quits over CEO appointment - report

Half of Mozilla’s board quits over CEO appointment – report 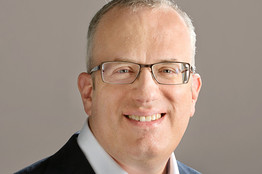 Three directors have resigned from the board of Mozilla over the recent appointment of Brendan Eich (pictured), its CTO and co-founder, as the new CEO, according to The Wall Street Journal.

According to sources, the three directors wanted a CEO from outside Mozilla with greater experience of the mobile industry who could drive take-up of Firefox, its mobile OS.

The departures represent half of Mozilla’s board. The remaining directors are co-founder and chairwoman Mitchell Baker; Reid Hoffman, co-founder of LinkedIn; and Katharina Borchert, chief executive of German news site Spiegel Online.

Eich was appointed last week. Even before the three directors resigned, his elevation was controversial with some Mozilla employees for political reasons.

In 2008, Eich donated $1,000 to Prop 8, a Californian ballot proposition that wanted to ban gay marriage in California. His action was discovered in 2012. In the public listing, Eich had used Mozilla’s name next to his own.

Eich has blogged since his appointment on “Inclusiveness at Mozilla”, in which he wrote:

“I am committed to ensuring that Mozilla is, and will remain, a place that includes and supports everyone, regardless of sexual orientation, gender identity, age, race, ethnicity, economic status, or religion”.

However, the blog failed to impress some employees including Chris McAvoy who blogged that it “would be impossible for Brendan to discriminate within Mozilla; he wouldn’t be allowed to exercise his personal views of same-sex marriage in a way that discriminates against employees”.

Instead he wrote that the “very public debate about Brendan’s appointment points to a divide in Mozilla’s identity, which I’d characterize as Mozilla as tech company versus Mozilla as activist organisation, which is the fundamental reason why I believe the Brendan Eich that contributed to Prop 8 isn’t the CEO that Mozilla needs.”