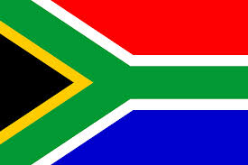 South Africa’s fixed incumbent, Telkom, said it was in acquisition talks with an unnamed party, following renewed speculation that it might buy local operator Cell C.

In a statement, the company said: “Telkom is in discussions which may have a material effect on [the] price of Telkom’s securities,” without giving details.

Telkom has a small mobile business of its own but lags a long way behind its larger rivals.

Speculation that the incumbent is eyeing Cell C heightened after the latter’s CEO, Jose Dos Santos, last week said talks had taken place. He told Johannesburg radio station 702: “Telkom has been talking to us about the possibility of these types of transactions.”

Meanwhile, Telkom CEO Sipho Maseko commented last month: “Cell C is an interesting proposition. I’d like to do something with them,”  in an interview with Reuters. “At the right price, I’m a buyer.”

He did not say whether talks had taken place on a possible offer.