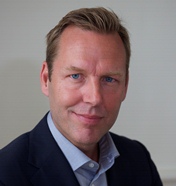 TeliaSonera said its third quarter revenue was impacted by the continued difficult economic environment and lower regulated mobile termination rates, although its profitability was bolstered by a further reduction in its cost base.

Sales in Mobility Services (excluding disposals and acquisitions) decreased by 2.1 per cent to SEK12.21 billion. It ended the period with 20.72 million subscribers, compared with 20.17 million at the end of Q3 2012 – although during the quarter its numbers remained flat.

Sales for its Eurasia unit increased 3.1 per cent (again excluding disposals and acquisitions) to SEK5.29 billion.

In a statement, the operator said that “demand for mobile data remains strong”, and that new data-centric pricing models continue to gain traction across Scandinavia.

“It is particularly encouraging to report positive billed revenue growth in all three markets where these price plans have been introduced, reinforcing our view that we are on the right track,” it said.

TeliaSonera has already announced a number of “efficiency measures” designed to cut its operating costs at the expense of 2,000 employees.

During 2013, around 1,460 employees from the 1,800 that will eventually be culled in the Nordics and Baltics have been given their notice, and “the redundancies will be completed by early 2014 at the latest”.

Johan Dennelind, CEO, said: “We have to reduce complexity to enable an effective way of working, accelerate decision making and ensure our employees stay skilled and motivated.”

Dennelind, appointed earlier this year after the company became embroiled in a controversy related to its operations in Uzbekistan, said that some changes have been made since his arrival.

A new compliance function has been established, reporting directly to the CEO, and a new role has been created within his office to support a review of the company’s Eurasian operation initiated by the board, as well as “leading the programme for TeliaSonera’s journey ahead”.

In addition, a new group strategy, mergers and acquisitions, and innovation unit has been established, to “enable a holistic view on TeliaSonera’s future development”.

Highlights during the period included a deal for Yoigo, the company’s Spanish arm, to work with Telefonica in order to offer combined fixed-mobile services to customers. These partners have also announced a deal to sell towers to Abertis Telecom.