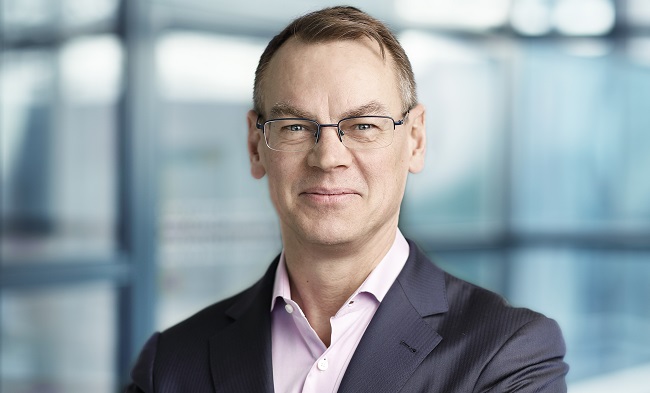 Telia reported a sharp jump in data usage but fall in net income for Q1, as increased expenses and a drop in earnings from its broadcast division took their toll.

In its earnings statement acting president and CEO Christian Luiga (pictured) said the financial performance of its fixed and mobile businesses were stable, but issues related to Covid-19 (coronavirus) in its TV and Media division flagged to investors last month had caused a “severe negative impact” on earnings.

Net income fell to SEK1.2 billion ($119.3 million) compared with SEK1.8 billion in the same period of 2019, with a year-on-year increase in expenses booked for “sales, administration and R&D costs”, alongside a rise in general costs and the dip in revenue from its TV and media unit.

Revenue across its divisions was up 7.6 per cent to SEK22.4 billion. However, taking into account exchange rate movements, acquisitions and disposals, the comparison is a 2.2 per cent fall.

While measures relating to the pandemic impacted its broadcast operations, Luiga hailed the performance of its mobile and fixed units during the crisis.

“Data traffic has increased by more than 30 per cent on our fixed networks and by 15 per cent to 20 per cent on the mobile networks, which has also seen an increase in voice traffic by as much as 70 per cent in some countries,” he said.

“Despite these significant increases in demand and capacity our networks have been resilient.”

He added during Q2 Telia would continue to address its costs, with several markets in the frame for a reduction in “resource costs”.

The statement was Luiga’s last financial update at the helm of the company, with incoming president and CEO Allison Kirkby set to take the role on 4 May. At that point Luiga will return to his former role of CFO.

Subscribe to our daily newsletter Back
Previous ArticleNetflix warns of post-lockdown drop in additions
Next ArticleChina Unicom profit tumbles; silent on 5G