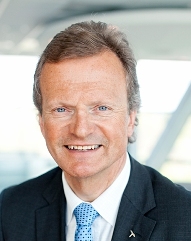 Telenor has pledged to stick to a tight financial plan at its slimmed down Indian unit, setting a top funding limit of INR155 billion (US$2.85 billion) and aiming for operating breakeven by the end of next year.

It is also targeting at least a 25 percent equity return on new money invested in the country.

The Norwegian telco set out its Indian “strategic direction and financial objectives” this morning after recently acquiring new licences in the country after its earlier permits were cancelled.

“The decision by India’s Supreme Court in February to revoke all our licenses took the entire industry by surprise and we were faced with an intense period of uncertainty for the next 10 months,” admitted CEO Jon Fredrik Baksaas.

Telenor re-acquired spectrum in what it said were its six best-performing circles – it originally had licences in 13 circles.

“The Indian operations already enjoy decent market positions in terms of subscriber and revenue market share in all six circles and [we] plan to further improve this in the coming years by taking a number 2-3 position in the clusters where we are present,” the firm said in a statement.

It aims to become the “best in mass market distribution, best in servicing basic [and] best in low cost operations.”

The operator announced last month that Uttar Pradesh East became its first circle to achieve breakeven, three years after launch. The company expects its remaining circles to begin achieving the breakeven targets in the months to come – Gujarat and Maharashtra are expected to breakeven in early 2013.

It also has licences in Uttar Pradesh West, Bihar and Andhra Pradesh.

According to Telenor, these six circles are home to more than 600 million people, giving it the potential to reach every second person in India. Mobile penetration across the footprint is estimated at just 40 percent.