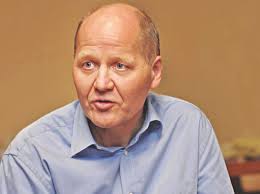 Telenor Group, intent on developing its presence in Asia, appointed Sigve Brekke (pictured) – head of Telenor’s Asia operations since 2008 – as new CEO. He takes the reins on 17 August, replacing Jon Fredrik Baksaas who is retiring after 13 years in the top job.

Svein Aaser, Telenor Group chairman, said various candidates outside Norway were considered for the post after Baksaas indicated last year he would be stepping down, but insider Brekke, who joined Telenor in 1999, won out in the end.

Aaser pointed to Brekke’s “solid track-record” in Asia, where Telenor has acquired more than 100 million subscribers since Brekke was appointed head of the region’s operations in August 2008. “He is hands on, focused and engaged,” he said.

Asia now represents more than 40 per cent of the total enterprise value of Telenor Group.

“[Brekke’s] leading role in our Asian success story, combined with his vast international experience and leadership capabilities, will be of great value as the company continues its profitable growth journey,” added Aaser. 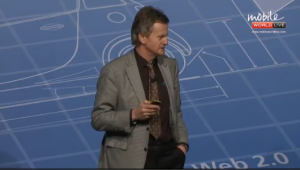 The chairman was fulsome in his praise for the departing Baksaas (pictured, left). He described him as a “giant CEO” and “one of the most important industry leaders in Norway in modern times”.

The outgoing CEO backed Telenor’s decision to choose Brekke, describing him as the “perfect candidate” to continue Telenor’s growth and value creation.

“We have worked closely for many years, and his knowledge of the business, customer focus and hands-on management style will ensure a great future for the company,” said Baksaas.

Baksass was re-elected as chairman of the GSMA in December 2014, which covers a two-year period until end of 2016, a position he is expected to keep despite today’s news.

He has served as chair of the mobile industry association since October 2013, overseeing the strategic direction of the organisation, which represents nearly 800 of the world’s mobile operators, as well as more than 250 companies in the broader mobile ecosystem.