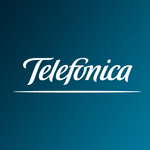 Despite yesterday’s statement by BT that discussions are at a “highly preliminary stage” regarding an acquisition of UK mobile operator O2, some details of a possible deal with O2’s parent Telefonica are already moving fast, according to El Confidencial.

The UK fixed incumbent could offer “at least €6 billion in cash” for O2, in addition to which Telefonica would also receive a 20 per cent stake in the merged entity.

And, according to sources, a team led by Telefonica COO Jose Maria Alvarez Pallete has produced an 18-page report on the conditions of the transaction. Of particular interest for the Spanish operator is the possible cost savings from any merger between O2 and BT.

However, BT has said it is also conducting parallel negotiations with a second operator, thought to be EE, O2’s rival.

A 20 per cent stake in BT is valued at €8.1 billion, said the report, putting a value on the whole transaction of at least €14.1 billion.

This sum is significantly lower than the £17.7 billion paid by Telefonica to acquire O2 in 2005, worth €22.35 billion at current exchange rates or €26 billion at the time.

However, the original transaction included the O2 businesses in Germany and Ireland, which are not part of the current deal.

The UK operator (afterwards renamed mmO2) was orginally spun off from BT in 2002.