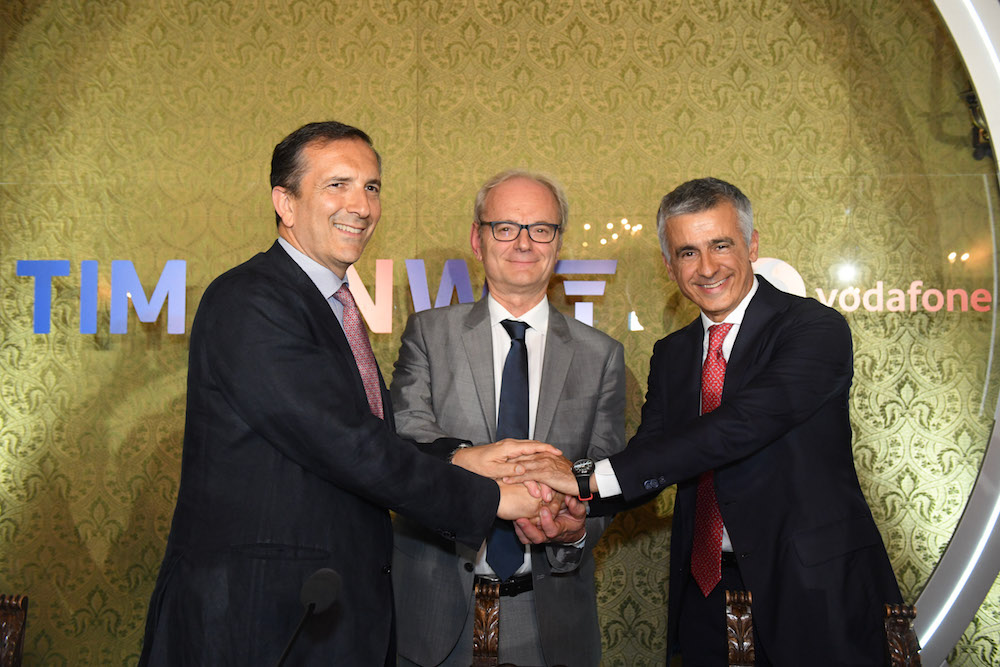 Telecom Italia and rival Vodafone Italy inked an agreement to merge their respective mobile tower infrastructure, enabling a joint rollout of 5G across the country.

The move ties in with a trend across the industry at the moment, as operators look at ways to share the heavy investment required to develop next-generation networks.

In a statement, Vodafone said it would transfer its mobile masts into Inwit, the tower unit which is 60 per cent owned by Telecom Italia. The move will create Italy’s biggest tower company and the second-largest in Europe with more than 22,000 towers.

The operators will jointly control the new Inwit through equal 37.5 per cent stakes, with the option of reducing the stakes to 25 per cent after three years. They will both have equal governance rights.

A partnership had been mooted in recent months, following an alliance struck in February covering 5G sharing.

Synergies
For Vodafone, the agreement will result in synergies worth more than €800 million and give it an initial cash injection of €2.1 billion. It expects to receive incremental proceeds of more than €1 billion, which it will use to cut debt.

Telecom Italia will also benefit from €800 million in synergies from the new Inwit, and the deal will enable it to cut debt by more than €1.4 billion over time.

As part of the agreement, the companies will look to enable a more efficient deployment of 5G over a wider geographic area and at a lower cost. The companies said they will look at deploying the best technical and commercial practices for joint deployment, but added they will continue to separately control spectrum assets and network quality practices to serve their respective customers. They will also actively pursue network sharing for current 4G networks.

“This agreement will enable us to step-up the rollout of 5G for the benefit of our customers and the community as a whole. 5G has a key role to play in modernising the country,” said Aldo Bisio (pictured right), CEO of Vodafone Italia.

Luigi Gubitosi (pictured left), CEO of Telecom Italia added: “Completion of this transaction is key for the country’s infrastructure and technological development and will enable us to further accelerate the deployment of 5G, with Italy already among the countries taking a lead in trials of this new technology.”