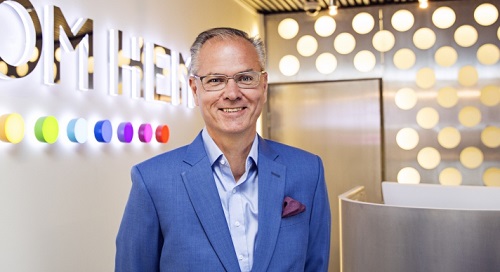 Tele2 CEO Anders Nilsson (pictured) hailed the progress of the company’s convergence strategy in Q1, as it aims to persuade a greater number of customers to take multiple services.

In its first complete quarter since finalising an acquisition of cable and fixed business Com Hem, Tele2 reported the integration and cost-restructuring process was well underway, as were efforts to cross-sell across the two bases.

During the quarter it launched the Com Hem Mobile brand in its home market of Sweden, where it makes the vast majority of its revenue, and pushed fixed-mobile bundles, garnering 45,000 customers by the close of the period.

Net profit for the quarter was SEK769 million ($82 million), up from SEK662 million in Q1 2018. However, the two figures are not directly comparable as the 2019 figure includes the impact of the acquisition of Com Hem in November 2018. Its results also reflect a change in accounting standards.

Including Com Hem, organic revenue declined 1 per cent year-on-year to SEK7.2 billion on a comparable basis.

During Q1, the company made SEK50 million in cuts and incurred integration costs of SEK155 million. By the end of March it had spent SEK365 million of the SEK1 billion budgeted for restructuring the company.

“We believe that initiatives taken since the merger including launch of Com Hem Mobile and migration of customers into FMC benefit plans will enhance growth in core services over time and offset decline in legacy services,” Nilsson said.

“We aim to combine the disciplined and predictable pricing of the fixed market with the agile, customer-friendly mobile market to capitalise on the demand for household connectivity”.