T-Mobile US finance chief set to hang up hat 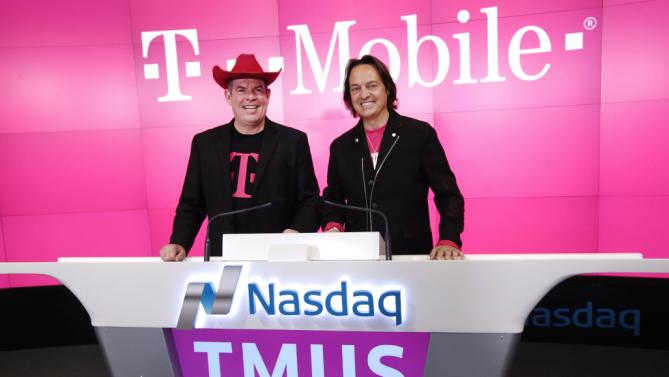 T-Mobile US entered into a new employment contract with Braxton Carter, its current CFO, which paves the way for his departure, as the company awaits the regulatory green light for its proposed merger with Sprint.

Carter (pictured, left) will leave on 31 December 2019 at the latest whether the deal with Sprint comes to fruition or not. Otherwise, he will leave either 20 days after the first quarterly or annual financial filing made by the combined company or, if it has been announced the deal will not go ahead, 20 days after the first subsequent T-Mobile filing.

There have been question marks over Carter’s future since it was announced that Sunit Patel, former CenturyLink CFO, had joined as EVP, Merger and Integration Lead. The Wall Street Journal said T-Mobile had declined to comment on its succession plan.

At the time the deal was announced, it was said that John Legere, T-Mobile CEO, and Mike Sievert, T-Mobile COO, would hold the corresponding roles in the combined company. Other members of the management team will be selected from both companies during the closing period.

The contract review also involves a bump in Carter’s annual base salary to $950,000 (effective as of 16 December 2018) as well as providing for some long-term incentive awards to be made.

Carter has been T-Mobile US’ CFO since April 2013, when the company merged with MetroPCS: prior to that, he had been with MetroPCS as CFO since March 2005.