T-Mobile could lead with mmWave for 5G - Mobile World Live

T-Mobile could lead with mmWave for 5G - Mobile World Live 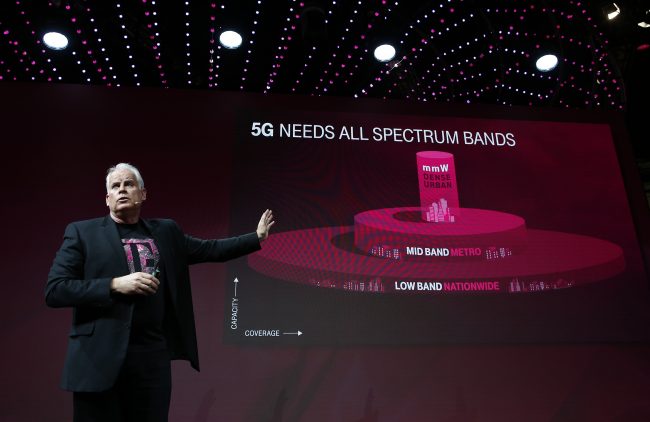 The first 5G sites T-Mobile US lights up could run on mmWave spectrum, despite the operator’s vocal emphasis on a 600MHz rollout, CTO Neville Ray told Mobile World Daily.

Neville said the operator’s 600MHz launch will happen in the second half of the year once compatible devices become available, but noted it could deploy mmWave 5G in urban centres as soon as Q2.

Ray said T-Mobile is already hanging mmWave radios in some of the same cities where it plans to launch 600MHz. However, he added it is “still working through millimetre wave maturity”.

“That’s the biggest concern. The software that’s out there today is still not mature and we’re still testing and optimising.”

He continued: “We’re focusing on some specific urban environments to see how the mmWave performs…you’ve got to be very clear on how well the mobility works, the areas it works and where it doesn’t.”

Ray said a mmWave rollout would be compatible with two recently released handsets: the Samsung Galaxy S10 5G and LG V50 ThinQ, both of which are designed to work on the spectrum. He didn’t disclose which vendor would supply the 600MHz device, but rival AT&T announced in December 2018 it is working with Samsung to develop a sub-6GHz 5G smartphone due out in the second half of the year.

Also in the cards for 2019 is massive MIMO. Ray said the operator has been testing the technology – which is favoured by potential merger partner Sprint – and plans to roll it out on its 1900MHz spectrum in markets where there is a high capacity demand later this year.

Subscribe to our daily newsletter Back
Previous ArticleMonday Keynote and Event highlights
Next ArticleMobile to drive explosive video, music growth