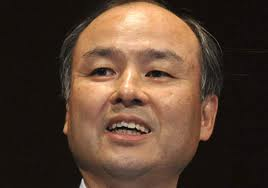 SoftBank is set to sell a 25 per cent stake in its ARM business to its Vision Fund technology investment fund for $8 billion in an attempt to increase the appeal of the fund, Bloomberg reported.

The company acquired UK-based ARM last year for $32 billion and, according to unnamed sources, organisations currently in talks to invest in the SoftBank Vision Fund are keen to see a stake in the chip firm included as one of its assets.

SoftBank Vision Fund is a unit led by company founder Masayoshi Son (pictured), which aims to garner a pot of $100 billion to use in global technology sector investments. The stake in ARM would be one of its first major outlays.

Talks are still ongoing with a number of investors including Abu Dhabi state-backed investment group Mubadala, which is reportedly mulling a $15 billion stake. Apple, Oracle and Qualcomm have been linked with potential investments of $1 billion each to the fund.

Its largest backer is Saudi Arabia’s Public Investment Fund, which will contribute up to $45 billion. SoftBank initially said it would invest $25 billion, but it remains unclear if the stake in ARM will be included in this figure.

Launching the fund in October, Son said: “Over the next decade, the SoftBank Vision Fund will be the biggest investor in the technology sector. We will further accelerate the information revolution by contributing to its development.”