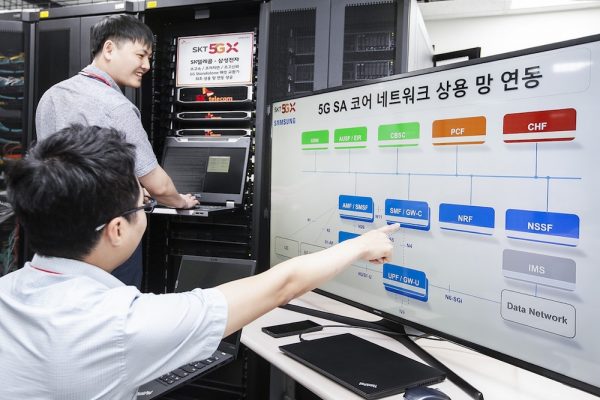 SK Telecom and Samsung successfully tested interoperability between a 5G standalone (SA) core and commercial network kit, as the companies moved a step closer to a SA launch in the first half of 2020.

In a statement, SK Telecom and Samsung said the 5G SA core, which has been jointly developed, supports a range of technologies including network slicing, function modularisation based on 3GPP standards and functions operators have used since LTE including billing, subscriber management and an operational convenience system.

The companies said they have worked together for five years on 5G and LTE development, with the SA interoperability assessment in the final stages and now ready for commercial launch. The standard for 5G SA, dubbed Release-16 by the ITU, is reportedly set to be completed in December and deployment will then begin.

SK Telecom and Samsung explained once 5G SA is commercialised, data processing efficiency will be improved threefold, allowing it to support massive data traffic. It will also be optimised for next-generation services such as autonomous driving, smart factory, smart farming, AR and VR.

Today’s dozen or so commercial 5G networks already launched rely on a 5G radio network working alongside a 4G core network. 5G SA networks will be 100 per cent “5G” in both the core and radio.