Singtel sets aside S$2B in hunt for growth opportunities

Singtel sets aside S$2B in hunt for growth opportunities

SingTel sets aside S$2B in hunt for growth opportunities 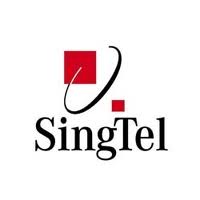 SingTel will allocate up to S$2 billion (US$1.6 billion) over the next three years for acquisitions in the digital market, as the operator attempts to find new areas to counterbalance its mature, core business.

The operator is looking to new investments to drive its revenue as its main businesses in Singapore and Australia suffer slowing revenue, as shown in its fourth-quarter results.

SingTel is putting more muscle behind an existing strategy. A year ago it announced the acquisition of mobile advertising firm Amobee for $321 million. Over the past year, it has spent $400 million on other digital deals. Purchases include Adjitsu, Hungrygowhere.com, Pixable and Eatability.

SingTel will also consider other investment opportunities, including increasing its stake in existing associate companies, as well as buying into larger, under-penetrated markets.

The operator’s associates include Telkomsel, AIS and Airtel.

Meanwhile the company’s fourth-quarter results offered an insight into why it is prepared to set aside such significant funds.

Net profits in the three months to the end of March 2013 fell 33 per cent to S$868 million, due to a one-time loss of S$225 million from the sale of Warid Pakistan. A year ago, the operator recorded an exceptional tax credit of S$270 million.

Quarterly revenue was down six per cent to S$4.48 billion.

In addition, SingTel offered little succour with its outlook for 2014.  Revenue from its consumer segment is expected to decline by a low single digit level, with lower revenues from the Australian market which the operator describes as “subdued”. Ebitda will increase by a low single digit, it said.

The enterprise segment expects to deliver revenue growth but only at the low single digit level. Ebitda from the segment will be stable.

However, the digital business will show at least 50 per cent revenue growth on an organic basis, thanks to Amobee, although the segment will report losses in keeping with its start-up status.