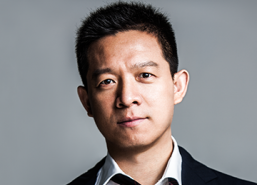 According to BBC News, the court ruling follows the once fast-rising company’s failure to pay interest due on loans taken out to fund its ambitious expansion into smartphones.

After the company’s troubles mounted over the past six months, Jia resigned in May as CEO of cash-strapped LeEco, but remains the company’s chairman.

To raise funds to paid off debt, LeEco announced in January it would sell off minority stakes in three of its businesses to real-estate developer Sunac China Holdings to raise CNY15.04 billion. Other Chinese investors will contribute an additional CNY1.8 billion, raising LeEco’s funding to CNY16.8 billion.

Jia acknowledged in November 2016 the company, which moved aggressively into smartphones, smart TVs and electric cars, was expanding “too fast” and its capital and resources were not keeping pace. A month later LeEco said it was planning to restructure its business following the suspension of trading of its shares on the Shenzhen Exchange.

LeEco, often referred to as the Netflix of China, abandoned a planned $2 billion acquisition of US consumer electronics maker Vizio in April due to “regulatory headwinds”, as it fell short of a $100 million revenue goal in the US.

New LeEco CEO to refocus on core and building trust