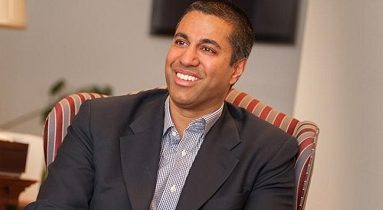 The new chairman of the US Federal Communications Commission (FCC) Ajit Pai said he will take a “careful look at the regulatory framework” around net neutrality, but didn’t reveal anything more about his plans.

He has been an opponent of the net neutrality rules established under the Obama administration, explaining in a recent interview: “Before the imposition of these depression-era rules, we had for 20 years a bipartisan consensus on a regulatory model,” Reuters reported.

“I believe, as I think most Americans do, in a free and open internet and the only question is what regulatory framework best secures that,” he added.

Pai is a Republican lawyer who served as a commissioner at the FCC since 2012. While he was appointed to the position by Barack Obama, he did not share the former president’s views on net neutrality or on the equal treatment of all web traffic.

He previously said the net neutrality problem simply does not exist, and went so far as to say the Open Internet Order would be either be reversed or overturned by a future commission when it was first passed into law. Recently, Pai also said net neutrality’s “days are numbered,” Reuters reported.

Pai must go through an administrative process before he can do anything, the report said, adding he is “keeping his cards close to the vest” at the moment.

However, Democrats such as Senator Edward Markey disagree with Pai.

“There is no problem that needs to be fixed… Net neutrality rules ensure those with the best ideas, not simply the best-funded ideas, have the opportunity to share their content with the world,” he said.

Meanwhile he wants “a modern flexible framework that gives everybody a level playing field.”

Last month, former FCC chief Tom Wheeler asked the organisation not to “undo something that is demonstrably working”, adding that broadband investment has remained high since net neutrality rules came into force.

Zero-rated plans
Last month, the FCC closed an ongoing investigation into zero-rated data programmes offered by the country’s operators without taking any action.

In a statement, Pai said the free-data plans offered by top operators including AT&T, Verizon and T-Mobile US had proved popular among consumers and enhanced competition in the country’s mobile market.

“Going forward, the FCC will not focus on denying Americans free data,” he said.

Before that, he said he was set to prioritise plans to redirect $25 million worth of subsidies from areas where high-quality commercial services exist into rural broadband projects during his first open meeting in the role.