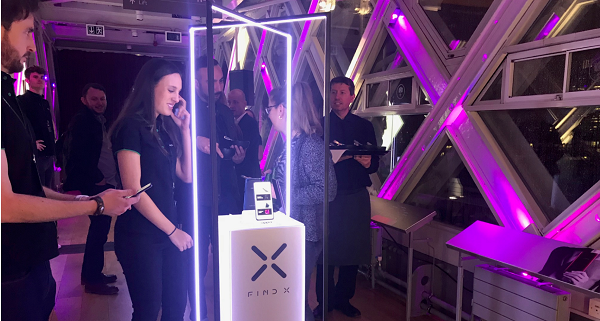 China-based device maker Oppo continued a push into Europe by launching a trio of devices in the UK, its fifth market in the region.

At an event in London, Terence Tan, executive director of sales at Oppo UK, said the company had been “carefully planning” its UK entry following launches in Italy, France, Spain and the Netherlands over the last six months.

The UK “is one of the most exciting markets. Consumers are demanding, but we love that”, he said.

Describing the UK as “a bedrock of creativity,” he announced Oppo is opening a design centre in London in partnership with the Royal College of Art. The smartphone maker will also be a global partner for the ICC Cricket World Cup 2019 set to take place in the UK.

#OPPOFindX and #OPPORX17Pro are officially available in the UK! 🇬🇧📲

Devices
The three smartphones being put on sale in the country comprise the RX17 Pro for £549; its stripped-down version RX17 Neo for £319; and the Find X for £799. The trio are available exclusively through retailer Carphone Warehouse, with availability scheduled from mid-February.

Tan noted Oppo had collaborated with Qualcomm to create “a solid foundation for 5G phones to be launched later this year”, with further announcements on this due at MWC Barcelona.