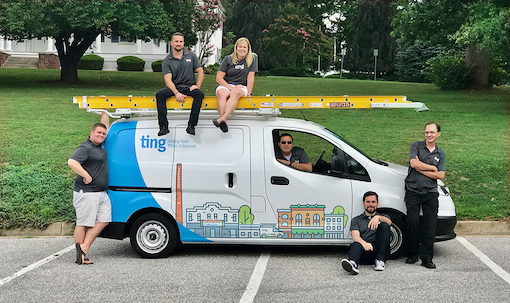 US MVNO Ting Mobile severed an historic relationship with T-Mobile US and struck a new deal with Verizon, as part of a bid to skirt uncertainty and costs related to the former’s pending merger with Sprint.

Elliot Noss, CEO of Ting Mobile parent Tucows, said in a statement the shift will give the company access to “a much better network in Verizon, with better economics, better guarantees and a better strategic relationship” to improve the performance of its mobile business. He added it will also protect the company “to the greatest extent possible” from risks associated with the merger.

For several years, Ting Mobile partnered with both Sprint and T-Mobile, and in 2018 told Mobile World Live it believed it could successfully continue its relationships despite the merger. The comments made it an outlier, as several other MVNOs and rural operators expressed doubts about the deal.

However, Noss said merger-related uncertainties have been weighing on the company and recently escalated into financial challenges.

During an earnings call in May, Noss said Ting Mobile suffered its “worst quarter for carrier penalties ever” in calendar Q1, as costs associated with its operator partnerships jumped to over $1 million.

Ting Mobile’s contract with T-Mobile will end on 19 December, though the MVNO will have an additional year to transition its customers to another network. Noss said migration costs are expected to hit $3 million by the year-end and amount to up to $12 million in the coming years.

Though it dumped T-Mobile, Noss noted Ting Mobile will extend its contract with Sprint for an extra year, which he said will give the company time to see how the merger plays out before plotting its next move.