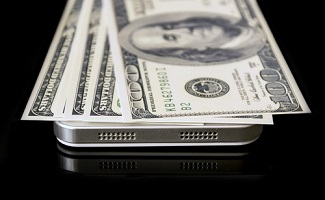 New MVNO FreeUp Mobile is hoping to disrupt the US prepaid market with a rewards-based system which cuts the monthly cost of wireless service.

Similar to programmes offered by providers including Boost Mobile, FreeUp Mobile allows users to earn discounts on their service fees by completing specific tasks, such as watching a video, playing a game or taking a survey.

But in an interview with Mobile World Live, founder and CEO Rod Nakjavani noted FreeUp Mobile also partnered with national retailers and bank card issuers to offer users rewards for purchases made at certain outlets.

The goal of this blended set-up, Nakjavani said, is to provide a diversified programme which appeals to people with varying time and monetary constraints.

In its sights are price-sensitive consumers, including millennials and existing prepaid consumers, looking for alternatives to their current provider. Within the next two to three years, FreeUp Mobile aims to snag 5 per cent or more of the prepaid market, or somewhere between 3 million and 5 million customers, Nakjavani said.

He added FreeUp Mobile could also be an option for some of the more than 10 million subscribers using the Federal Communications Commission’s Lifeline programme, which provides subsidies for wireless service.

Offer
FreeUp Mobile currently offers a choice of four wireless tariffs, ranging from $10 to $40. Nakjavani said testing indicates users can earn enough rewards to cover the full $40 tariff, though the average customer is expected to earn around $25 per month. He added rewards can be shared or rolled over to the next month if unused.

Even with its users earning free mobile service, Nakjavani explained FreeUp Mobile will be able to generate revenue via small margins on the plan costs and rewards system.

FreeUp Mobile is a cellular-first service, offering supplemental Wi-Fi coverage via a network of 4 million hotspots. Nakjavani declined to name the company’s operator partner, but clues – including a GSM requirement for BYOD phones – point to AT&T.