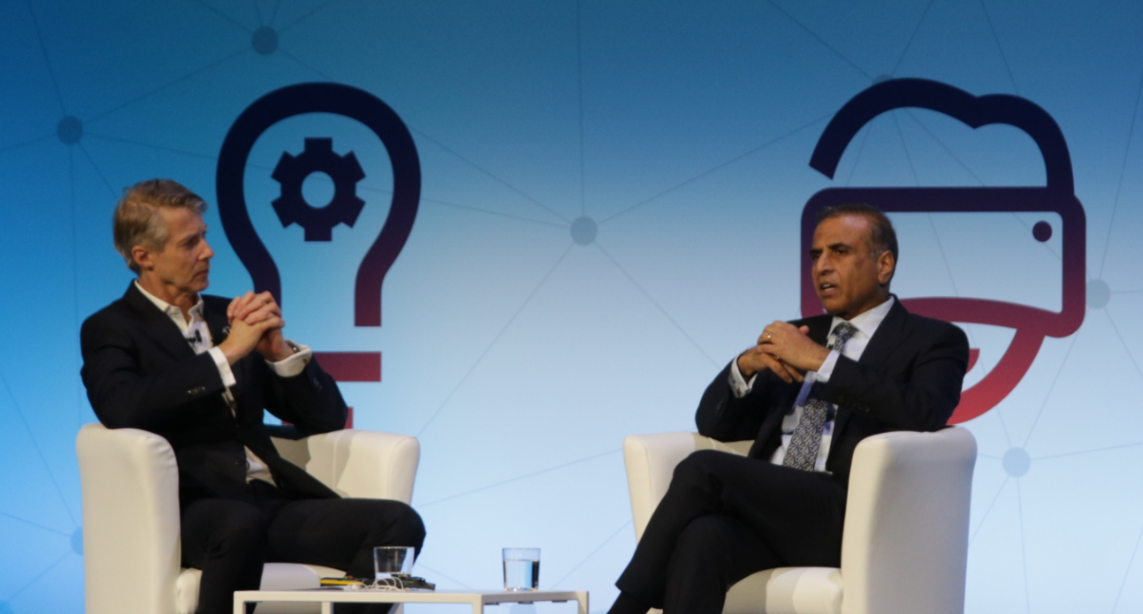 Mittal acknowledged there was still some “levels of resistance” to the model, as operators are still keen on gaining a network advantage, but he believed that NetCos would help connect the last billion people on the planet who don’t have online access.

“My dreams is to have a significant NetCo,” said Mittal, speaking to Mats Granryd, Director General of GSMA (pictured, left), as part of Monday morning’s keynote session. He said he was putting the topic firmly on the GSMA agenda in his time as chairman.

He pointed to recent NetCo developments in France as positive, where the country’s mobile telephone operators have pledged to spend more than €3 billion in rolling out a 4G network to ensure there are no coverage gaps by 2020.

In return for the increased investment, the government said it would extend spectrum licenses – instead of holding a new auction – and lower taxes in the mobile industry.

“In my mind, that’s the way to go,” said Mittal. “People have to come together and form common networks.”

Regulatory resistance to consolidation, particularly in developed economies, is another issue that Mittal is keen to tackle as GSMA chairman. He questioned the logic of denying a merger of T-Mobile and Sprint in the US, given that would still leave three major mobile operators competing with one another.

“Consolidation of the industry is important,” said Mittal. “You cannot waste billions of dollars on building highly subscale networks.”