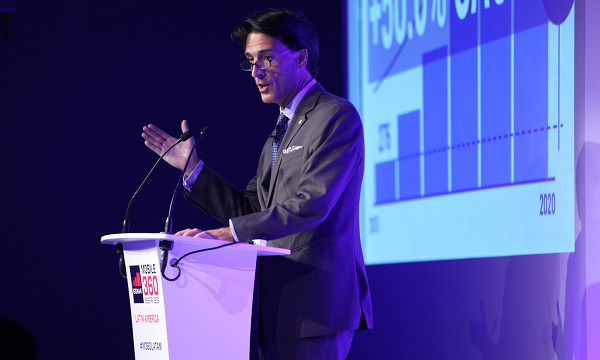 Millicom boss Mauricio Ramos said the company’s “absolute strategic focus” is a two-fold reconfiguration of the business, as it reported some positive numbers for Q3.

The operator is looking to boost growth in mobile data and expand its cable footprint, to evolve its revenue mix as voice and SMS weakens further. And accompanying this, it is looking to reconfigure the cost structure of the business, by enhancing operational efficiency.

For its mobile activities, the company said it had driven smartphone penetration deeper into its customer base, expanded its 4G networks and added 679,000 4G customers in Latin America. Mobile data customers increased to 33.2 per cent of the total mobile base, with data ARPU continuing to grow.

It also said that its cable footprint is close to its year-end target of 8 million homes passed, with its penetration levels remaining “firmly on track”.

But, as is expected for a company operating in emerging markets, Millicom acknowledged conditions remain “very challenging” in several mobile markets, particularly Colombia, its largest country, where “macro-economic headwinds and continuing competitive pressures accelerated the decline in voice and SMS revenues”.

For the third quarter, the company reported a profit of $24 million, almost doubled year-on-year, on revenue of $1.6 billion, down 2.8 per cent.  Adjusted EBITDA (which Millicom said reflects underlying performance before the impact of one-off items) increased 4 per cent organically to $562 million.

Latin American EBITDA of $522 million was down 5.9 per cent, on revenue of $1.3 billion, down 3.8 per cent. The company said it is “building out both our cable and 4G mobile networks and monetising these investments as rapidly as possible”.