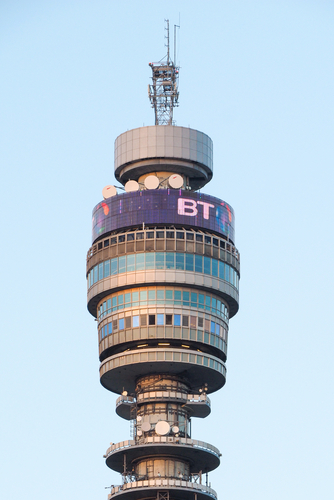 BT Group’s CEO, and its former finance director, could each lose out on millions of pounds worth of deferred share awards in the wake of a £530 million accounting scandal relating to the company’s Italian business.

Gavin Patterson, BT’s CEO, and Tony Chanmugam, who stepped down as finance chief in 2016, could end up forfeiting at least £400,000 in payments they were due to receive in 2018 and 2019 as a result of the accounting irregularities, Sky News reported.

The pair will discover the fate of their share payments when BT announces its annual results for the year to end-March later this week.

In total, they may end up losing out on millions of pounds each because other long-term share awards will probably meet a similar fate as a result of the Italian debacle, Sky News stated.

At BT, annual bonuses to the two executives are paid two-thirds in cash, and one-third in shares deferred for three years. The value of these deferred shares could be adjusted ‎downwards.

Earnings hit
BT took a hammering from the market in January 2017 when it said an investigation revealed “improper accounting practices and a complex set of improper sales, purchase, factoring and leasing transactions” in its Italian operations. These had a material effect on BT’s fiscal Q3 results, it announced.

Patterson acknowledged at the time the investigation overshadowed the “good progress we’re making across most of the business.”

According to Sky News, penalising an executive who has left the company would be an unusual move for BT’s payments committee. However, the news outlet noted the decision is not yet confirmed and details will be finalised this week at a board meeting ahead of the publication of BT’s earnings.

Bonuses for the last financial year are expected to be‎ cut across the group and job cuts are also possible. An announcement is also expected to be made around restructuring BT’s Global Services unit, which could to lead to the company offloading operations in France and Italy.

BT is also expected to confirm it is working to replace PricewaterhouseCoopers (PwC) as its auditor with either EY or KPMG, because of PwC’s failure to pick up on the Italy issue earlier.