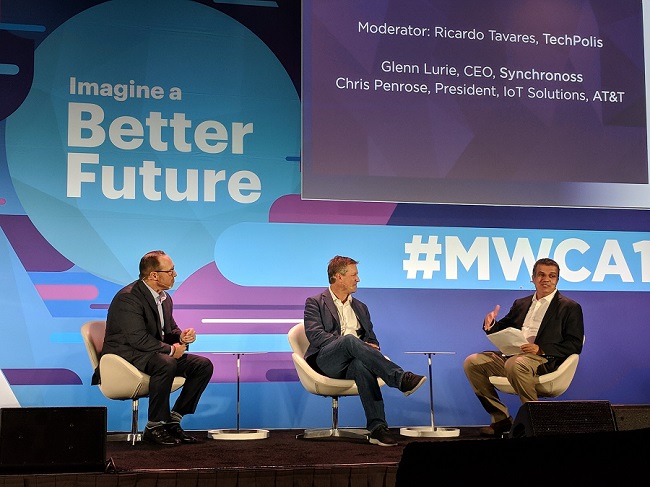 LIVE FROM GSMA MOBILE WORLD CONGRESS AMERICAS 2018: Operators and vendors claimed the IoT industry is finally living up to hype, as AT&T looks set to boost its low-power IoT offering with a launch of NB-IoT services in the second quarter of 2019.

“Everyone is feeling like the hockey stick is really happening,” commented Chris Penrose, president of IoT Solutions at the US operator. “It’s about how we now truly scale this industry.”

Penrose pointed to AT&T’s success in the connected car space as well as its launch of low-power IoT services based on cellular technology LTE-M. And the operator is planning on deploying another low-power network, based on NB-IoT technology, between April and June 2019.

The executive also highlighted a deal announced this week which sees AT&T team with Hanger on a standalone, network-connected device for prosthetic limbs, running on LTE-M technology: “Use cases are taking off,” he claimed.

Former AT&T executive (and now Synchronoss CEO) Glenn Lurie agreed with Penrose’s take on market development: “Our industry is really good at hyping things before time – but the networks weren’t there, the module prices were too high. The stars are aligning now. 4G LTE gives us what we need. In fact one of the reasons 5G is being built is IoT – making sure we have a G focused on use cases and not just speed and capacity.”

The positive vibe was also echoed by the GSMA’s head of IoT, Graham Trickey, who declared that “IoT is beginning to start up the curve to be a demonstrable success.”

He forecast 25 billion connected devices by 2025, creating a revenue opportunity of $1.1 trillion. And low-power cellular IoT networks will play a key role in this: to date, there have been 66 commercial launches of such networks globally.

Nokia CEO urges operators to move out of comfort zone