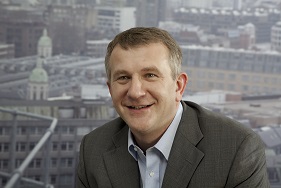 Nokia, EE and NTT Docomo see 5G as an evolution of 4G, with many of the proposed technology changes able to be deployed alongside existing technology implementations.

Speaking at an event in London yesterday, Phil Twist, VP of networks marketing at Nokia (pictured, above), noted that while work on new 5G radio technology is underway, “there are as many changes that go on inside the network as there are in the new radio interface that will become 5G”.

This sentiment was echoed by Mansoor Hanif, director of radio access networks for UK LTE pioneer EE. “We can and will apply many, if not all, of the 5G innovations over 4G. We will only do it when it makes sense for our customers. I think that 99 per cent of the things you see are doable over 4G. Which ones it makes sense for our customers to bring forward, that’s the key question.”

And while NTT Docomo has established a technology leadership position through its early introduction of new technologies, Sadayuki Abeta, director of the radio access network development department for the Japanese operator, also noted that there are advantages to considering 5G development alongside 4G.

EE’s Hanif said that the operator’s motivation for its network evolution is to win a “global race”, but that it’s “not between us and Docomo, or us and SK Telecom”.

“What will solve that puzzle of getting ahead of customer expectation? Will it be 5G? Will it be 4G? I don’t really care, what I’m really keen on, here in the UK at least, is that we get there as soon as possible,” the executive continued.

Radio evolution
With 5G radio evolution being where much of the heavy lifting still needs to be done, Docomo’s Abeta noted that in terms of requirements for the new technology, much of the demand is an evolution of what has gone before.

“Some requirements already exist every time we upgrade, for example higher data rates, lower costs, higher spectrum efficiency. With 4G, we added lower latency. Those traditional requirements, of course, we need to improve, so we set higher requirements for 5G. But with 5G, we have new requirements,” he said.

These new needs, he continued, are related to the need to support new use cases resulting from the internet of things, which will see a massive number of devices connected to the network, with different needs in terms of latency, bandwidth and power.

But as yet, it is not clear what spectrum will be available for 5G networks. Docomo is already working on trials with multiple vendors, part of which is “trying to understand the characteristics of each band,” Abeta said.

Docomo is working with Nokia on millimetre wave pilots, using frequencies in the 70GHz band. Nokia’s Twist said: “One of the things we are looking at particularly with centimetre wave and millimetre wave, one of the reasons for going there, is because there are broad swathes of spectrum at that frequency which is not being used for other things.”

Small cells
For the UK market, EE’s Hanif said that in terms of radio technology, the first home is likely to be small cells – with the reason being somewhat prosaic.

“It’s hugely expensive to do macrocell upgrades. That will influence the way we approach 5G, because the last thing I want to do is go and swap out more antennas, speak to all the landlords, renegotiate the rights again – the kind of thing you normally do every 15 to 20 years,” he said.

“The timing is such in the UK that all the big operators are right now going through this massively difficult, painful and expensive upgrade programme. I can’t see us having the appetite to go and swap those antennas out again anytime soon,” the executive continued. 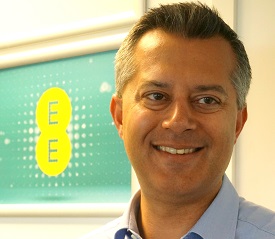 EE’s Hanif (pictured, right) was vocal in his support for Mobile Edge Computing, where computing capabilities are pushed closer to the radio access network (and, in turn, closer to subscribers), enabling low-latency and high-bandwidth access to content, applications and services.

“You’re putting the computing power and the value right where the customer needs it the most,” he said.

But as yet EE’s engagement with Mobile Edge Computing has been limited because “not all of our network is Nokia” – the vendor was an early proponent of the technology through its Liquid Applications portfolio.

“Is this going to work across our whole network? We don’t want to discriminate against our customers based on which base station they are under,” he said.

The technology has now picked-up wider industry support, with vendors such as IBM, Intel and Huawei joining Nokia, and NTT Docomo and Vodafone among the members of ETSI’s mobile edge computing working group.