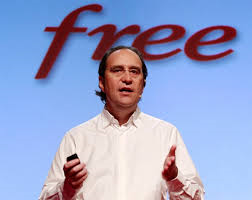 After the completion of the deal, NJJ will own 32.9 per cent of the operator, Niel’s Iliad business will own 31.6 per cent with the remainder held by current owners Anchorage Capital Group and Davidson Kempner. The price paid for the stake was undisclosed, but in a statement eir said the sale put the enterprise value of the company at €3.5 billion.

The news follows speculation in September NJJ was in talks to acquire the operator, which GSMA Intelligence estimated held a 22 per cent market share in Q3 with 1 million mobile connections.

Eir also provides fixed services and is in the process of building Ireland’s largest fibre network, the company said. It also provides an IPTV service.

NJJ expects the acquisition to be complete in H1 2018, subject to regulatory approval. After completion, eir CEO Richard Moat will step down: no details of a successor were revealed.

“Eir is an essential part of the Irish economy and we have closely followed its transformation over the last five years through the excellent work of its team,” Niel said: “We want to invest for the future of Ireland and hope to work closely with the Irish Government and [regulator] ComReg to ensure that people across the country have access to world-class super-fast fixed and mobile broadband”.

Iliad disrupted the French market with the launch of its Free brand in 2012 and is in the process of preparing for launch in Italy, with ambitious goals of capturing a quarter of the market.