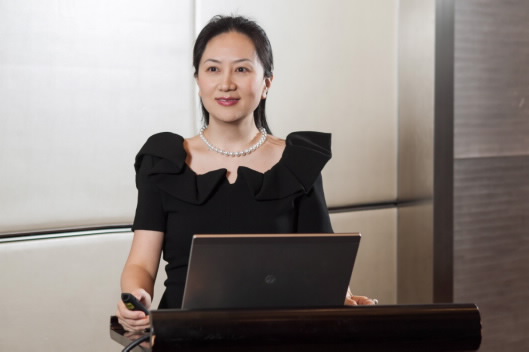 Huawei CFO Meng Wanzhou (pictured) argued Canada should put extradition proceedings against her on hold because her arrest was unlawful and based on politics rather than legal matters.

Meng, the daughter of Huawei founder Ren Zhengfei, was arrested in December 2018 at the request of the US, which wants her extradited on fraud charges over dealings with Iran. After being held for ten days, she was granted bail.

In a document sent to the British Columbia Supreme Court, her solicitors said Meng was denied her constitutional rights when she was detained, searched and interrogated for three hours at the airport under the pretence of a routine immigration check, and authorities did not advise her of the reason for detention.

Another factor is the apparent involvement of US President Donald Trump, who said he would intervene if it helped close a trade deal with China. The legal team argue this disqualifies the US from pursuing the matter in Canada.

Another factor against extradition is that she has not broken Canadian laws, because the US claims relate to an alleged breach of its trade sanctions on Iran. Canada has imposed no such blocks, the solicitors argued.

The legal team is attempting to raise “serious concerns” about the US extradition request, which the Canadian court needs to address before extradition hearings can start.

Her next court date was set for 23 September.