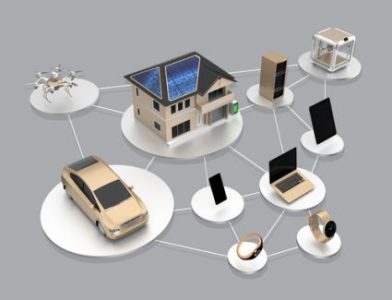 Hewlett Packard Enterprise (HPE) is to launch an IoT-specific MVNE, and associated product range, which it believes will drastically lower the cost of providing M2M connectivity for specialist MVNOs and largescale enterprises.

Separately, the US firm announced an IoT partnership with Nokia to target users in the the smart city and industrial sectors. Joint products are set to be announced in early 2017.

The companies are currently working on a proof-of-concept for smart cities, combining Nokia’s routing capabilities with HPE’s hybrid IT capabilities for joint project delivery models.  The IoT partnership extends existing collaboration between the two firms, which includes end-to-end deals with 25 enterprise and service provider customers, and more than 30 proof-of-concepts.

On the subject of IoT-based MVNE, Chris Kozup, VP Marketing, HP Aruba, told Mobile World Live the outfit will reduce connectivity costs per device by around 80 per cent compared to standard tariffs currently on offer.

“A standard data device will cost a carrier around $16 to provision and get it connected on the network,” Kozup said. “If you bring that into the IoT domain and look at those costs, it very quickly strips out the dynamics of what’s achievable. Our MVNE was developed to get that price-point down to a level much more in-line with the economics of a wide-area device offering.”

These reductions come from HPE’s development of IoT-specific provisioning, configuration, administration and billing services – supported by operator coverage. The solution, Kozup states, will drive initiatives across the world with an initial focus on areas where smart city programmes are already reasonably advanced.

The availability of the HPE MVNE was announced alongside a suite of products aimed at enterprises reluctant to ramp up adoption of IoT technology due to security or interoperability fears. Included in the range is an enhancement to its universal IoT platform, which allows devices using LoRa, Sigfox and new M2M low power protocols to work with each other, in addition to those using cellular, radio, Wi-Fi and Bluetooth.

These services offer organisations the ability to identify, verify and audit all devices accessing the network. This, Kozup believes, will drive IoT adoption in these environments and ensure the integrity of network resources.

“Most enterprises don’t know what’s connecting in their environment. They have no visibility and there’s no consistent audit,” he said. “We are offering peace of mind that everything is secured, especially in venues such as retail or educational facilities where there are a lot of transient people and devices.”

HPE’s new connectivity range was officially unveiled earlier today at the vendor’s Discover event in London and will be made available to its enterprise customers later this year.