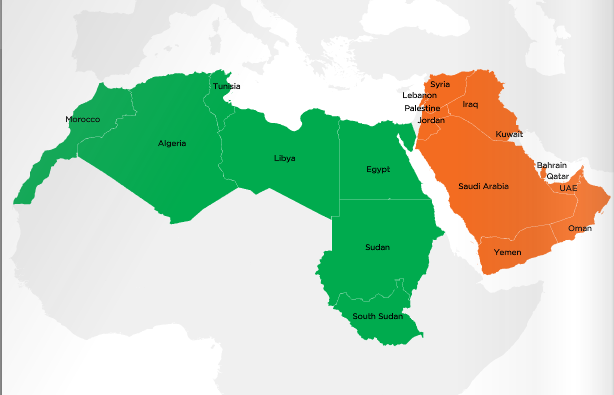 LIVE FROM GSMA MOBILE 360 MIDDLE EAST: A new report from the GSMA reveals the diverse mobile landscape across the Arab States of the Middle East and North Africa, a region where some markets enjoy penetration rates above 75 per cent while others lag behind with fewer than half the population having a mobile subscription.

Bahrain, Kuwait and the UAE are highly advanced Gulf states, but penetration rates fall below 50 per cent in Palestine, Sudan, Syria and Yemen.

Indeed, subscriber growth across the 18 Arab State markets examined in the report – Algeria, Bahrain, Egypt, Iraq, Jordan, Kuwait, Lebanon, Libya, Morocco, Oman, Palestine, Qatar, Saudi Arabia, Sudan, Syria, Tunisia, United Arab Emirates, Yemen – is expected to be slower than the global average between now and 2020, with subscriber penetration hitting 57 per cent (233 million subscribers) by the end of this decade, behind a global figure of 59 per cent.

The report, ‘The Mobile Economy – Arab States 2015’, attributes this to several factors: “the declining growth potential in already highly penetrated markets; the challenge of growing penetration in the lower income and rural-based groups in less developed markets; and the unstable political and economic conditions that currently exist in several regional markets.”

The number of unique mobile subscribers in the Arab States as a whole reached 199 million at the end of 2014, equivalent to 54 per cent of the region’s population.

Booming mobile broadband
Despite the challenges, the report forecasts fast growth in mobile broadband and smartphone usage. It predicts that mobile broadband networks will support more than two-thirds (69 per cent) of all mobile connections across the Arab States of the Middle East and North Africa by 2020, up from just 34 per cent at the end of 2014. In terms of hard numbers, GSMA expects there to be 350 million 3G/4G mobile broadband connections in the region within the next five years.

The report argues that such growth is being driven by operator investments in 3G and 4G networks and rising smartphone adoption.

Over the last four years, mobile operators across the Arab States are said to have spent more than $40 billion on capital investments, or approximately 18 per cent of total revenue. This investment has focused on improving network coverage, increasing network capacity, and deploying 3G/4G mobile broadband networks. According to the report, 3G networks are now live in every country in the region except one, while there are 23 live 4G networks in ten countries in the region and 4G launches planned in a further eight markets.

Meanwhile the number of smartphone connections in the region is forecast to almost triple between 2014 and 2020, reaching 327 million (around two-thirds of the total connection base).