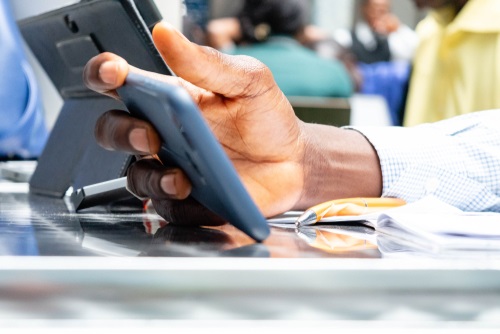 In the Mobile Economy West Africa report, released today (16 April) at the opening of the GSMA’s Mobile 360 West Africa event in Abidjan, the GSMA said the value of the mobile industry was equivalent to 8.7 per cent of the region’s total GDP in 2018.

The industry group predicted the contribution will continue to climb to almost $70 billion by 2023, as more people in the region gain access to both mobile phones and broadband networks.

Akinwale Goodluck, head of Sub-Saharan Africa at the GSMA, said the research underlines the “vital role” the mobile ecosystem is playing in contributing to economic growth, social development and job creation across the region.

He urged governments and policy makers in the region to continue developing regulatory frameworks “that encourage innovation and investment in the sector, enabling the provision of mobile-powered digital services to citizens”.

The GSMA predicted 3G connectivity will overtake 2G as the leading technology in the region this year, supporting half of all mobile connections. Uptake of 4G is also building, with ten new 4G networks recently launching in countries including Burkina Faso, Sierra Leone and Togo, for the first time.

In terms of services, the study found mobile is the primary platform for accessing the internet. At the end of 2018, there were 100 million mobile internet users in the region, an increase of almost 20 million year on year.

Mobile money also remains a key driver of financial inclusion in West Africa, with 133.6 million registered accounts at the end of 2018, up 23 million on 2017.