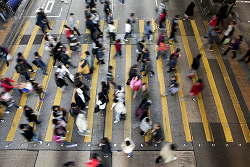 The GSMA called for governments to pursue policies that “incentivise investment and promote development of digital economies”, in a report created in collaboration with Boston Consulting Group.

Despite the benefits of digitalisation, the GSMA warned the pace of change creates the possibility of a gap between those who are digitally connected and those who are not. Governments therefore have an important role to play in creating a policy environment which allows for an inclusive digital society, “where few feel threatened or left behind”.

The report encourages policymakers to be “the architects of change” by using policy to drive change and transform economies for the benefit of citizens. This includes enabling high speed, reliable and robust digital infrastructure; digitally “willing and capable people”; digitally competent and engaged businesses; a trusted environment for digital interactions; and a government that “leads by example”.

The study, developed in collaboration with NERA Economic Consulting, said average final prices paid in auctions increased 250 per cent from 2008 to 2016, “with the most exorbitant price tags often influenced by policy decisions”.

“The era of judging the success of auctions based on headline-generating revenue figures is over. The damage done to consumers – and the wider digital economy – by policies that artificially inflate spectrum prices has been too great,” said Brett Tarnutzer, head of spectrum, GSMA.

Previous ArticleTelkom SA may bid up to $1B for Cell C
Next ArticleChina Mobile, Qualcomm, ZTE plan 5G trials