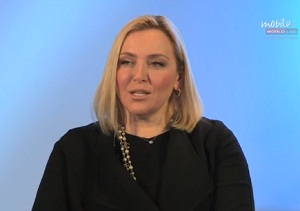 VIDEO INTERVIEW: Companies are having to contend with a workforce in which the smartphone has become ubiquitous and users frequently carry a number of devices, according to Christy Wyatt, CEO of enterprise mobility provider Good Technology.

“The demand for devices has accelerated. It used to be that maybe 10 to 15 per cent of the total employees in an organisation were ever given a smartphone in the first place, now it’s everybody and they have multiple devices. So I think the biggest change is just the scale — it’s that everybody wants mobile all the time and if you don’t give it to them, they like to bring it themselves,” Wyatt told Mobile World Live.

“I think that that on its own forces a whole set of challenges within an organisation,” she noted.

Wyatt explained that Good Technology is investing in service management tools to make the addition of devices to existing customer deployments “smooth regardless of what the device landscape looks like long term”.

“So it’s not that you necessarily have to turn off one device to turn on another. I don’t think any IT organisation likes a switch where one day they have to kind of hard-line over,” she noted.

Turning to the subject of user privacy, Wyatt said it is important for organisations to be sensitive in how they manage the use of mobile devices: “Critical to all of this is that you never overstep your bounds — you are not tracking the user, geo-locating the user, you are not stepping into their personal space.”

Addressing the impact of the struggles of BlackBerry, which, until recently, dominated enterprise mobility, Wyatt said: “I don’t think you can make it a BlackBerry conversation — I think that the trends in mobility are much broader.”

Find out what else Wyatt had to say in the full interview.

Blog: The rise of enterprise in IoT