The 4G LTE industry has hit 100 million global connections, according to Wireless Intelligence.

The research firm today announced that there are 163 LTE networks in operation across 70 countries, with this forecast to rise to over 400 live networks across 120 countries by December 2017.

To date, industry growth has been primarily driven by operators in Australia, Canada, Japan, South Korea and the US. Indeed, Wireless Intelligence states that these five countries represent 90 percent of the global LTE connections market.

“Around 100 LTE networks have launched last year globally and as many are expected to launch this year,” Joss Gillet, senior analyst at Wireless Intelligence, told Mobile World Live. “Even if the 4G LTE global market is still in its infancy, mobile operators worldwide are eager to replicate the success stories seen in the US where operators have already started turning the page over the 2G chapter”.

Gillet expects there to be over 900 million LTE connections globally by December 2017, with the 1 billion milestone achieved in the first half of 2018. 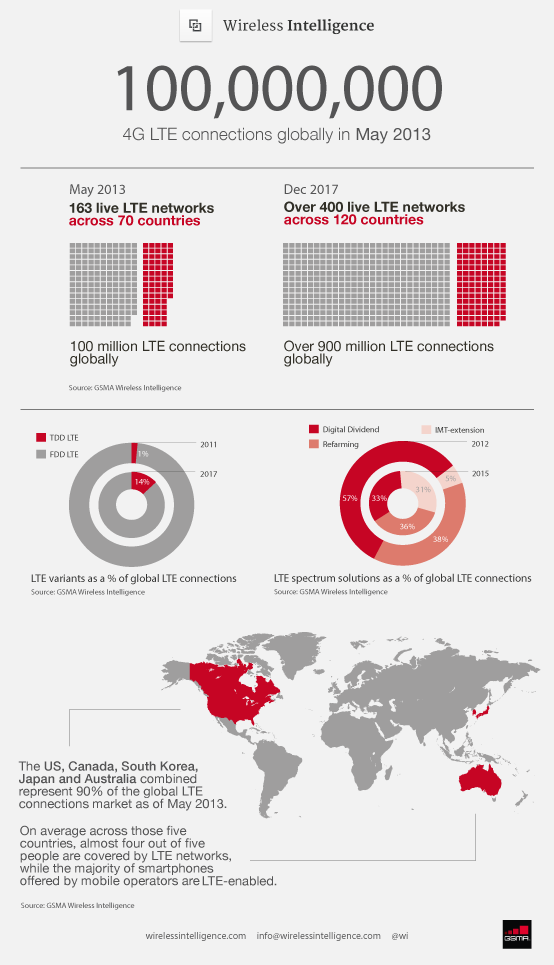