Getty chief says one in four new images from phones 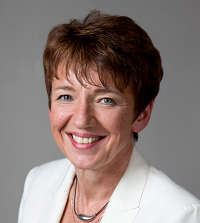 Dawn Airey may be the CEO of image library Getty Images, but she’s also a fan of the odd sneaky smartphone snap and argues there are moments when images from our phones have the edge over those from a professional’s camera.

Speaking during the Mobile is Commerce session, Airey revealed that a surprisingly large amount of Getty’s images are from smartphones rather than a professional’s digital SLR camera.

“The truth is around 25 per cent of new photography we view and represent is coming from mobile and that’s a revolution.  Photography is a craft and skill. Two billion people in the world have a camera, the majority are in phones. The world is becoming expert on taking pictures,” she said.

A smartphone has a different quality because it enables the user to become more intimate with their subject. “It also allows for imperfection in the way a highly polished SLR image does not.”

Airey then quizzed the audience about who had taken a sneaky smartphone image of a celebrity. Many hands went up, testimony to how everyone is now a photographer.

“The truth is it gives you access in a way a larger camera does not. It allows you to get up very close and personal and enables very hard cropping. If you think about it, we have all seen images where the photograph of you taking the photograph is in the photograph, that’s extraordinary.”