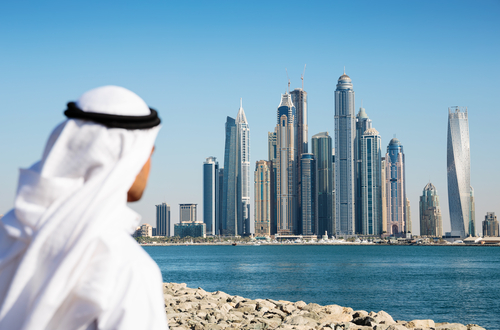 LIVE FROM GSMA MOBILE 360 SERIES – MENA, DUBAI: Operators in the Gulf Cooperation Council (GCC) Arab States are gearing up for commercial 5G launches in 2019, as the region looks set to emerge as a global leader in the deployment of the next-generation mobile technology, a new GSMA study found.

Operators in all six GCC Arab States – Bahrain, Kuwait, Oman, Qatar, Saudi Arabia and UAE – are expected to launch 5G mobile services in the next two years, according to two new reports released today by the mobile industry association – “The Mobile Economy: Middle East and North Africa” and “5G in MENA: Challenging the global leaders”.

By 2025, 5G will account for 16 per cent of connections in the GCC Arab States, according to the GSMA, as pioneering mobile operators in these markets push 5G commercial launches and drive innovative new services, spurring future growth.

In a statement, John Giusti, chief regulatory officer at the GSMA, highlighted that operators in the GCC Arab states are backed “by proactive government support”, helping them to establish foundations for global leadership and move rapidly from trials to early commercialisation. However, he warned that more work from a regulatory level needs to be done.

“While we are encouraged by their progress to date, it is imperative that the region’s governments create a regulatory environment that allows 5G to flourish, including releasing sufficient spectrum, so that businesses and citizens can fully enjoy the innovative new services that 5G will deliver, as well as the resulting socio-economic benefits,” he said.

Backing Guisti’s comments, both reports encourage policy makers to establish spectrum roadmaps, with a commitment to releasing sufficient quantities of spectrum across all frequency ranges. The GSMA also noted that governments should implement taxation policies “that could improve affordability and boost digital inclusion, as well as adopt an approach to licence renewals that encourages and enables operators to make long-term investment.

Diverse region
In total, there are 381 million unique mobile subscribers across the entire MENA region, accounting for 64 per cent of the population. This increases to 77 per cent of the population in the advanced GCC Arab States, but the region remains diverse in terms of market maturity, with some nations in North Africa seeing subscriber penetration as low as 30 per cent.

The GSMA added that between 2017 to 2025, the MENA region as a whole will see the fastest subscriber growth rate of any region, except Sub-Saharan Africa, growing to reach 459 million, or 69 per cent of the population.

Regulators urged to take a back seat on 5G