FCC presses ahead with 3.5GHz auction 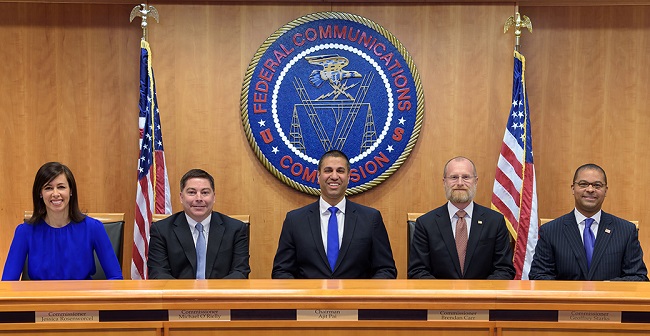 The Federal Communications Commission (FCC) approved a mid-2020 start date for its first mid-band spectrum auction, despite pressure from one member to pull the timeline forward into 2019.

Bidding on licences for the shared 3.5GHz band will begin 25 June 2020. Comments are currently being sought on the proposed auction structure, including a motion to further expand the geographic area covered by each licence.

The FCC previously increased the licence zones for the band in October 2018. Commissioner Jessica Rosenworcel (pictured, far left) warned further expansion would narrow the pool of players able to make use of the spectrum and “unacceptably risk the opportunities for innovation in this band and new entry points for 5G”.

She also argued the 3.5GHz auction should take precedence over the FCC’s third sale of mmWave spectrum scheduled for December, citing a dire need for mid-band airwaves for 5G.

“I would hold this auction this year, before we bring to market any more high band spectrum including the 37GHz, 39GHz and 47GHz bands.”

The action comes shortly after the FCC gave the go ahead for initial commercial deployments in the unlicensed portion of the 3.5GHz band.