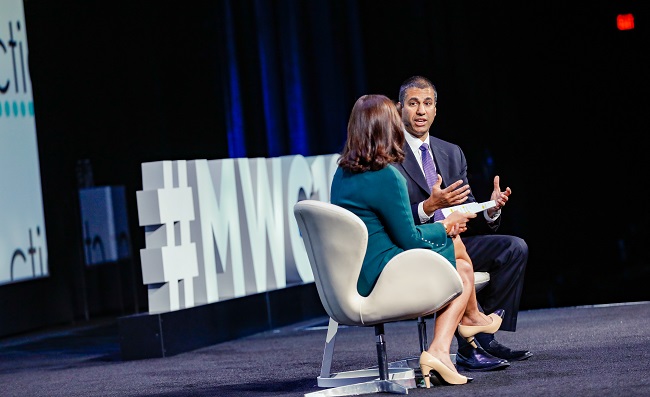 Pai’s plan would repack satellite players into the upper 200MHz of the band, and licence the lower 280MHz through an auction scheduled for December.

In addition to reimbursing satellite companies for an expected $3 billion to $5 billion in relocation costs, the plan includes up to $9.7 billion in incentive payments for satellite incumbents which complete the move on an accelerated timeline. Specifically, the stimulus will be offered to those which clear 120MHZ of spectrum in 46 of the nation’s top markets by September 2021, and the full 280MHz nationwide by September 2023.

Though it didn’t outright endorse the plan, a group of satellite service providers known as the C-Band Alliance (CBA) in a statement noted it represents a “significant development” in ongoing efforts to open the band for mobile use.

Opposition
But the plan wasn’t without its critics. Michael Calabrese, director of the Wireless Future Project at New America’s Open Technology Institute, called the scheme “disappointing”, adding the incentive payments amount to an “excessive windfall” for non-domestic satellite companies, which will “come straight out of taxpayers’ pockets”.

During a speech today (6 February), Pai defended the need for the financial stimulus, noting the frequency shift “will be much faster if we can create powerful incentives for incumbent operators to expedite the transition”.

The FCC will vote on Pai’s proposal at a meeting on 28 February.