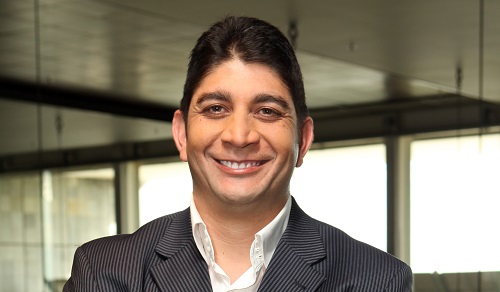 Vodacom booked a small drop in annual net profit as the impact of price reductions in its home market of South Africa and one-off costs associated with a share sale scheme took a toll on the company’s bottom-line.

In its annual results statement for the fiscal year ended 31 March, Vodacom CEO Shameel Joosub (pictured) said the “sharp reduction” in its out-of-bundle data tariffs contributed to a 37 per cent drop in average data prices year-on-year.

He noted the cost of data in South Africa had fallen 57 per cent in the last three years.

During its financial year, Vodacom also concluded its latest share sale to increase the proportion of shares owned by black investors as part of the Black Economic Empowerment (BEE) initiative in South Africa.

“The financial impacts of delivering on our promise of further reducing the cost to communicate in South Africa, combined with costs associated with concluding our new ZAR16.4 billion ($1.1 billion) BEE deal, is evident in the subdued increase in our operating profit,” Joosub said, noting these factors “mask an otherwise solid operational performance for the group”.

He added the economic and political environments in a number of its markets had improved, though noted there were still various challenges. These include the impact of a cyclone in Mozambique in March 2019.

Growth in its international division was partly driven by increased data revenue and greater uptake of its m-Pesa mobile money platform.

Revenue from m-Pesa grew by 32 per cent year-on-year to ZAR3.1 billion and, as of end-March, contributed 15.8 per cent to service revenue outside of South Africa. Vodacom had 13.5 million mobile money customers by the end of the period, up 14.8 per cent.