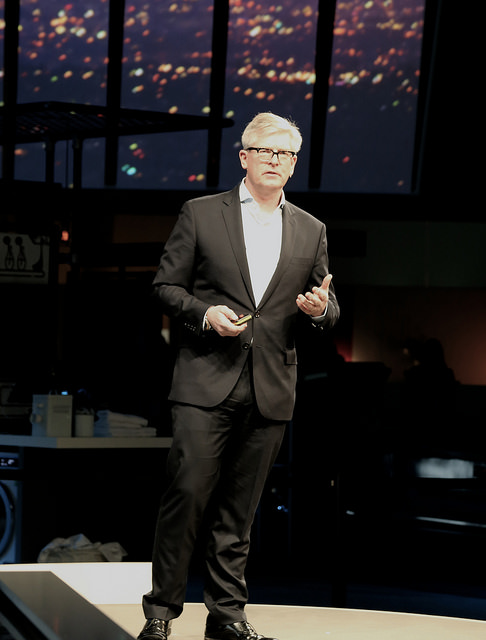 In a press conference short on announcements, Ericsson’s new CEO, Borje Ekholm, admitted the company was focused on setting its future direction, a process that would take grit, grace and team work.

But he used the occasion to promote the prospects of 5G, claiming that its own market research indicated that the technology would open a market opportunity valued at $1.23 billion by 2026.

“We should look at 5G as a business model and not just a technology platform. It’s important to recognise its relevance to many vertical markets and the wide array of different use cases it can be applied to.”

He added that momentum for 5G adoption was growing and was already providing a useful learning exercise. “We want to push new boundaries. We’re in interesting times – where technology meets commercial reality.”

Evidence that the 5G market is gaining some traction came with Ericsson’s announcement that its recently launched 5G New Radio is now being tested by NTT Docomo, Vodafone and Telstra Australia.

Despite this focus on 5G, Neville Ray, CTO at T-Mobile USA, was invited on stage to outline the progress being made with the its LTE network deployment. Counter to Ericsson’s enthusiasm for 5G, Ray declared that LTE was proving to be a huge success.

“We’re excited by 5G, but LTE has enormous capabilities and is transforming the operator industry. We’re finally delivering what is presently being offered over fixed networks.”

The T-Mobile exec admitted that LTE adoption by consumers was not where it should be, albeit that uptake was now faster than ever.

“LTE is not dead, and 5G is not real or deployable today,” he warned, adding that if the industry looked at 5G as being little more than a replacement for fixed services, “then we should all pack our bags and go home”.