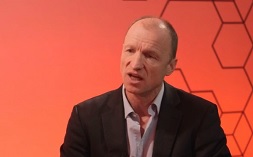 “The merger will help us get to that next level,” he told Mobile World Live in a recent interview.

To underline his point, Swantee drew attention to when competition authorities allowed Orange Group and Deutsche Telekom to merge their UK assets and create what is now known as EE.

“We were able to unleash an investment programme that brought the UK from laggard to leader,” the executive asserted. “The UK was way behind other markets in terms of its mobile network infrastructure, but today we are ahead of the curve and ahead of many markets.”

The EE chief argued the reason why the UK fell behind was “because operators and the industry overall was treating the network like a cost centre, and that it lacked investment to drive to the next level”.

Not that Swantee expects 5G anytime soon, which, for him, is fundamentally about additional network speeds.

“Within 4G we have a long road map, where we can still move to 400Mbps and maybe 600Mbps,” he said. “It will be a long time before we will see the need for higher speeds.”

Swantee said EE was working with the University of Surrey and the University of Lancaster to develop some of the standards and technologies that might be associated with 5G. He expected EE to be “among the first delivering 5G” in about the 2020 timeframe

Swantee’s remarks about the prospect of additional investment from BT came just days after EE announced a new £1.5 billion investment plan of its own on 4G capacity enhancement and extending voice overage, particularly to rural areas.

“It is really important to continue driving drive capacity into the network as people use their mobile phones and tablets more and more for video and TV,” said Swantee, pointing to a recent trial of 400Mbps speeds at Wembley Stadium.

“There are applications, particular when we move to 4K TV content for both consumer and business, where there will be a real requirement for these types of speed in the long run,” added the EE chief

Demand for ever faster speeds appears to be growing. Swantee said EE now has ‘4G+’ in about 40 cities in the UK today, which typically delivers 30Mbps to the smartphone (about twice as fast as ‘normal’ LTE). “We already have 40 per cent of new customers opting for that service, which clearly demonstrates there is appetite for these extra speeds in the UK,” he said.

Providing voice capability in areas where you can’t have signal today is another topic Swantee is keen on. He highlighted the upcoming launch of EE’s “seamless” voice-over-Wi-Fi, which switches from cellular to Wi-Fi automatically.

EE currently covers 85 per cent of the UK with 4G, but Swantee expects that to increase to over 95 per cent by the end of this year.