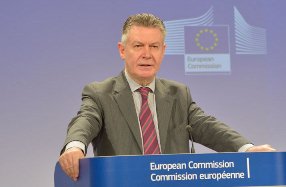 The European Commission today said it has taken a “decision in principle” to investigate the import of mobile network infrastructure from China, but said it will “not be activated for the time being to allow for negotiations towards an amicable solution with the Chinese authorities”.

The value of telecoms network equipment exported from China to the EU was put at “just over €1 billion per year”.

The Commission said it is set to launch an “ex officio” trade defence action, which means it comes without an official complaint having been made by the EU industry. It said that this practice is “particularly important as it offers a ‘shield’ when the risk of retaliation against European companies asking for trade defence instruments is high”.

Major European suppliers such as Ericsson, NSN and Alcatel-Lucent have been unwilling to lodge a formal complaint as they all have significant business interests in China, previous reports said.

The statement made today, from trade commissioner Karel De Gucht, follows months of speculation that an investigation into the practices of Huawei and ZTE was in the pipeline, centring on whether they have used illegal state subsidies to undercut rivals.

Correspondingly, Huawei and ZTE have made significant investments in Europe in order to support their operations.

De Gucht has previously called for European suppliers to be given a 30 per cent share of China’s telecoms market, and for Chinese vendors to raise the price of their products by 29 per cent, which (unsurprisingly) sparked anger from the Chinese authorities.