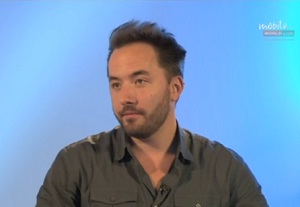 VIDEO INTERVIEW: Drew Houston, CEO of Dropbox, said the storage service, which has 200 million users across its mobile apps and PCs, can play a significant role in helping mobile operators reduce levels of churn.

“What we see is that other services can sit side by side with Dropbox and can be complementary… If you are able to put Dropbox alongside a data plan we can help operators reduce churn,” Houston said.

Houston said his company has “a million conversations going on” with operators and handset makers, with Samsung one of the big names to have implemented premium Dropbox services on its devices.

“Whether it’s an operator or manufacturer, we’ve seen a lot of success from people being happier, having Dropbox,” he added.

Houston also discussed how businesses are taking to the storage service. Around four million businesses were using Dropbox in 2013, compared to two million the year before. “It’s just been growing like crazy,” Houston noted.

The recently-relaunched business version of Dropbox addresses security concerns by allowing IT departments to separate work and personal data.

And Houston is confident about the future: “We’re really early days of what we want to do. We have hundreds of millions of users, we have hundreds of thousands of developers building on Dropbox, 100,000 apps that will plug in to your Dropbox.”

“I think the world really needs a home for your most important information. You might have other companies that worry about indexing the world’s public information, being your public social sphere, nobody has made my place, my private home for my stuff,” he added.

You can see the full interview here.